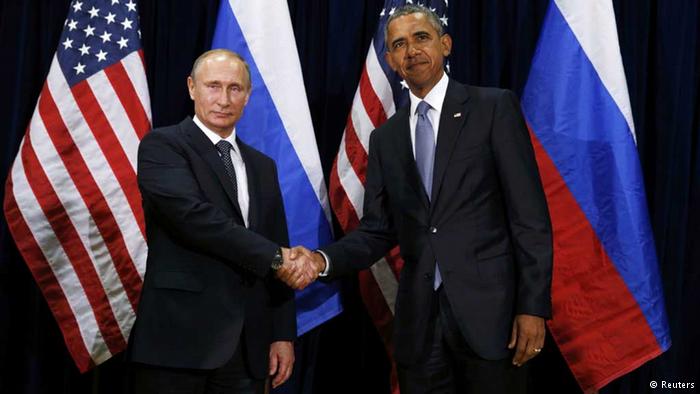 Russian President Vladimir Putin has said that Russia and the US might coordinate airstrikes against the “Islamic State” in Syria. The announcement came after bilateral talks with US President Barack Obama.

US President Barack Obama and his Russian counterpart Vladimir Putin emerged from a private meeting on the sidelines of the annual United Nations General Assembly summit. The Russian leader described the talks as “very constructive, business-like and frank.”

Putin said that he and Obama had mainly discussed the US-led coalition’s action against the self-declared “Islamic State” (IS) in Syria.