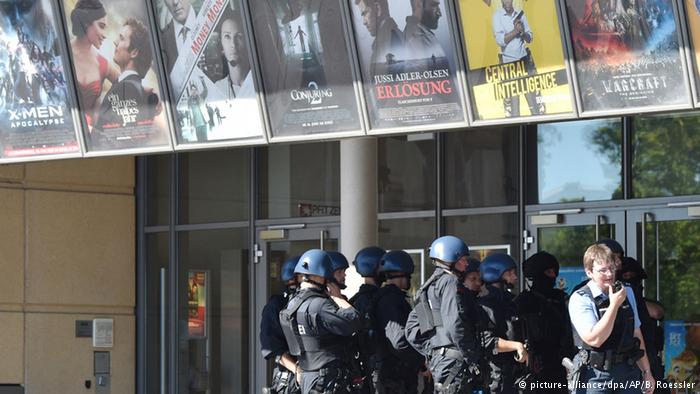 A heavily armed man who barricaded himself in a cinema in the German town of Viernheim has been shot dead. His motives are still not known.

The gunman has been shot dead, according to the state interior minister of Hesse, Peter Beuth.
He took hostages at a German cinema in the small town of Viernheim, near Frankfurt, before the police stormed the building. The public broadcaster Hessischer Rundfunk tweeted a video from Viernheim: