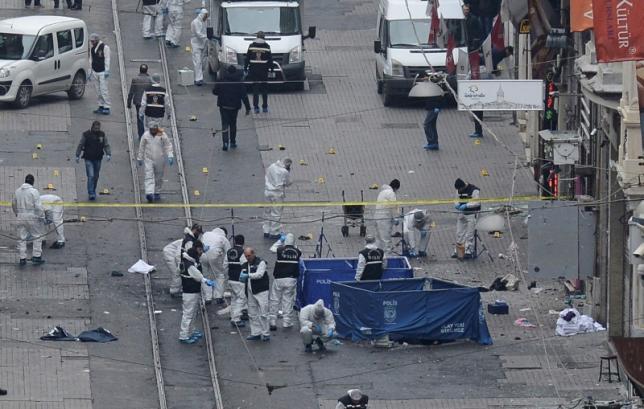 A suicide bomber killed himself and four others in a central Istanbul shopping and tourism district on Saturday, wounding at least 36 people in the fourth such attack in Turkey this year.

The blast sent panicked shoppers scurrying into side alleys off Istiklal Street, a long pedestrian avenue lined with international stores and foreign consulates, a few hundred meters from where police buses are often stationed.

The attack will raise further questions about NATO member Turkey’s ability to protect itself against a spillover of violence from the war in neighboring Syria.