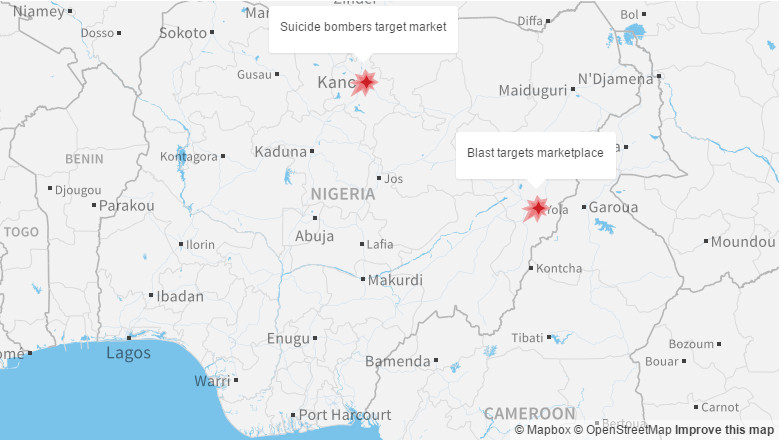 Police: Bombers, one of them 11, target Nigeria market

Lagos, Nigeria (CNN) – Two bomb attacks in 24 hours — one of them involving an 11-year-old female bomber — killed dozens of people and wounded more than 120 others in the Nigerian cities of Yola and Kano, authorities said.

At least 31 people were killed and 72 others injured in a bomb blast Tuesday evening in the northeastern city of Yola, Aliyu Maikano, a local Red Cross official, said.

It was not clear whether the blast was from a planted device or the work of a suicide bomber, according to reports.