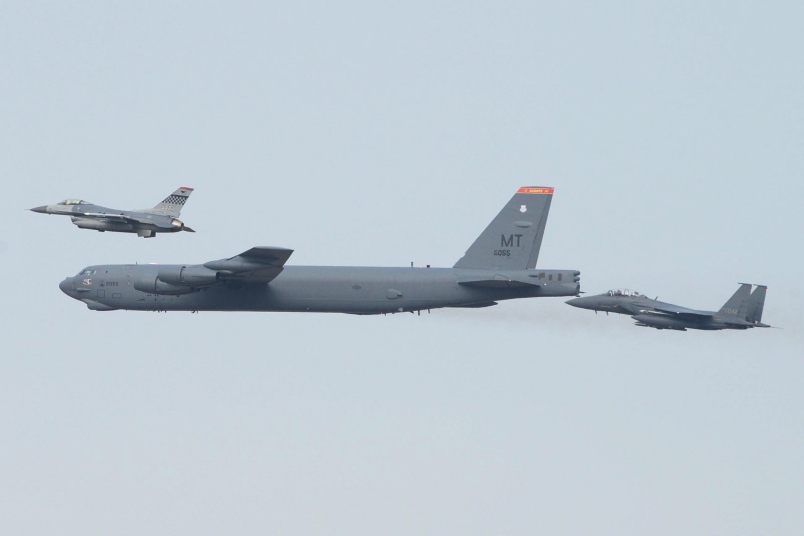 US bomber flies over S. Korea as show of force against North

The US sent a heavy bomber over South Korea on Sunday in a show of force as North Korean leader Kim Jong-Un insisted his country’s latest nuclear test was carried out in self-defence.
The test on Wednesday of what the North claimed was its first hydrogen bomb has sparked international alarm and raised tensions along the inter-Korean frontier, with Seoul reviving cross-border propaganda broadcasts.

Sunday’s overflight saw a B52 Stratofortress, which is capable of carrying nuclear weapons, briefly roar over the Osan Air Base, some 70 kilometres (45 miles) south of the inter-Korean border, the US military and an eye-witness said.

It was escorted by a South Korean and an American jet.
The B52 conducted a low-level flight before heading back to Andersen Air Base in Guam, where it is stationed.