Expansion of the 2022 World Cup would bring more problems not only for Qatar but also FIFA. 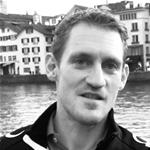 Recent reports in Western media suggest that the expansion of the World Cup from 32 to 48 teams could take place four years ahead of schedule to allow FIFA to reap the financial rewards of a larger tournament, estimated to be an added $1bn in revenue.

While a likely occurrence for the 2026 tournament, rumours continue to surface that Qatar 2022 could see the first iteration of this new, expanded format. If such expansion occurs, it presents a fresh batch of problems to a host nation that has already been the subject of much condemnation.