Qatar is proposing to erect 12 world-class, air conditioned stadiums for the FIFA World Cup 2022. air-conditioning would be “carbon neutral”.

In terms of football development, Qatar Has submitted sufficient proposals on how to contribute to the improvement of sports facilities in specific countries. It will donate Parts of the modular stadiums (the upper tier of some of 9 stadiums) to developing countries after the tournament – The Doha Port Stadium, for example, is to be completely modular and will be entirely dismantled after the World Cup. All of the planned stadiums fulfill FIFA’s seating and capacity requirements. They would take measures to reduce solar radiation and warm winds, and provide soft air conditioning to provide adequate climatic conditions inside the stadium at spectator and pitch levels. The proposed stadiums would have sufficient public transports links to their respective city centers.

Located in the Al-Daayen section of new development Lusail City, with the capacity of 86,000 seats, the new Lusail Iconic Stadium is the centerpiece of Qatar’s World Cup and will host the opening and final matches of the 2022 tournament. The stadium will host other Sports events after the tournament. 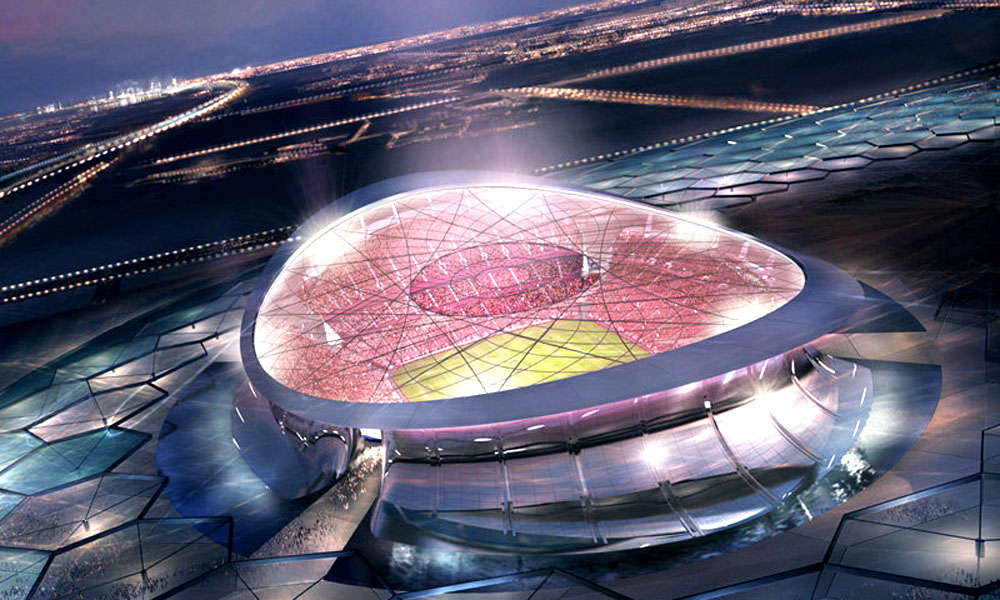 The new Doha Port Stadium will be a completely modular stadium with 44,950 seats. The stadium, which will sit on an artificial peninsula in the Gulf, is designed to evoke its marine setting. Water from the Gulf will run over its outer facade, aiding in the cooling process and adding to its visual allure. Fans will have the option of arriving on a water taxi or ferry. After the 2022 FIFA World Cup, the whole stadium will be disassembled and the seats sent to developing countries to further their football development. 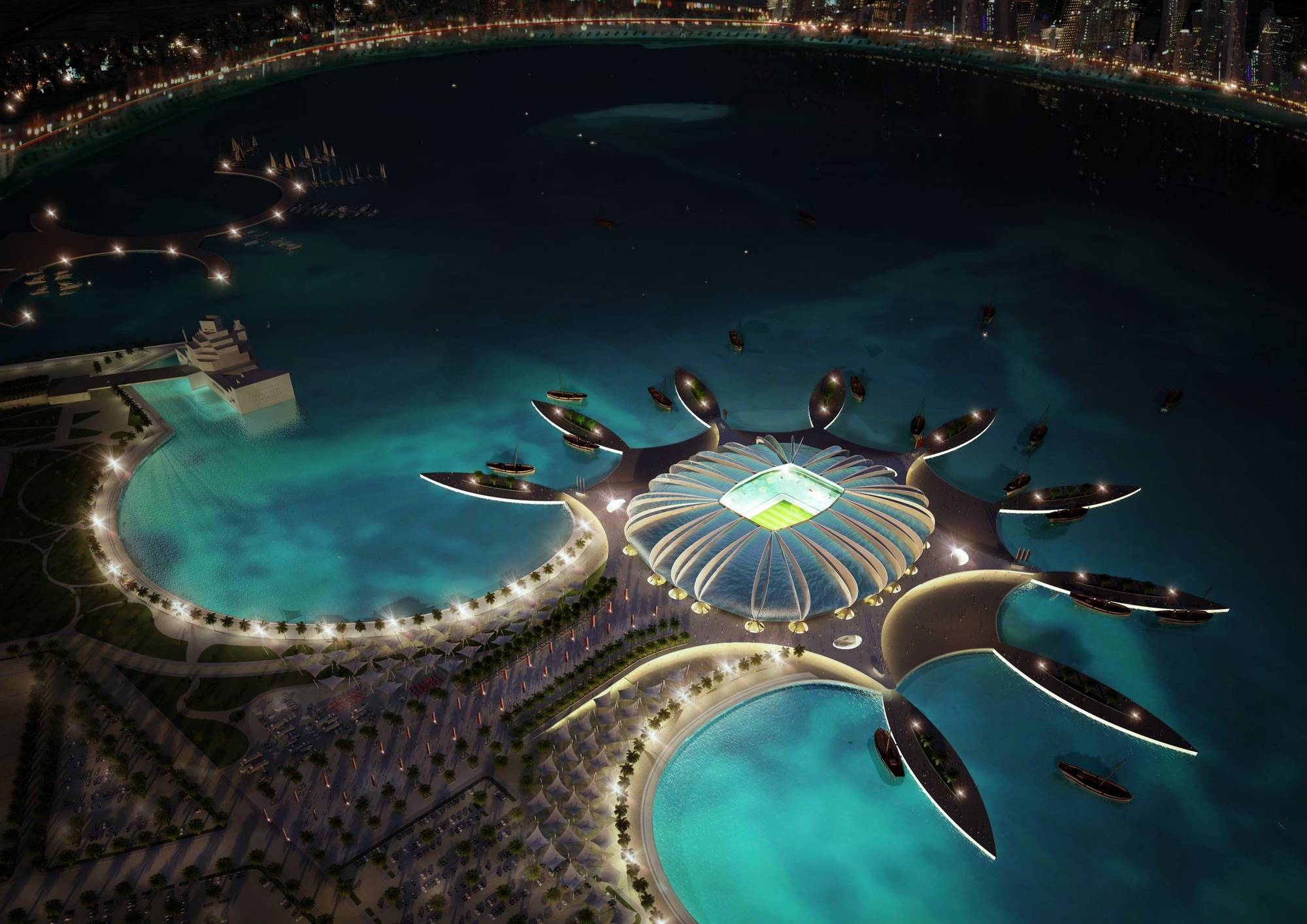 The stadium draws inspiration from traditional Bedouin tents with its retractable roof, partly retractable pitch and a transformable seating bowl. The stadium will have 47,650 seats, which will make it one of the world’s premiere multi-use facilities in the decades following the 2022 FIFA World Cup. The stadium’s innovative features will make it an ideal venue for football matches, but also concerts, theater performances and non-football related athletic events. 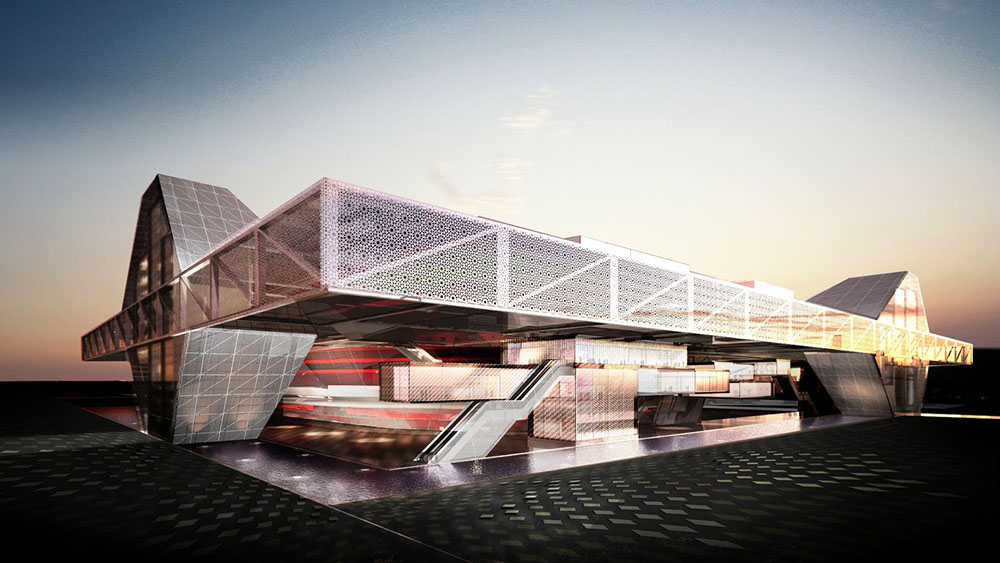 The stadium has a capacity of 43,350 seats and takes the form of a jagged diamond. It will be easily accessible for fans both in Qatar and Bahrain, which will be only 51 minutes away from the stadium by high-speed rail. Following the FIFA World Cup, the stadium will retain 25,000 seats for use by university athletic teams. 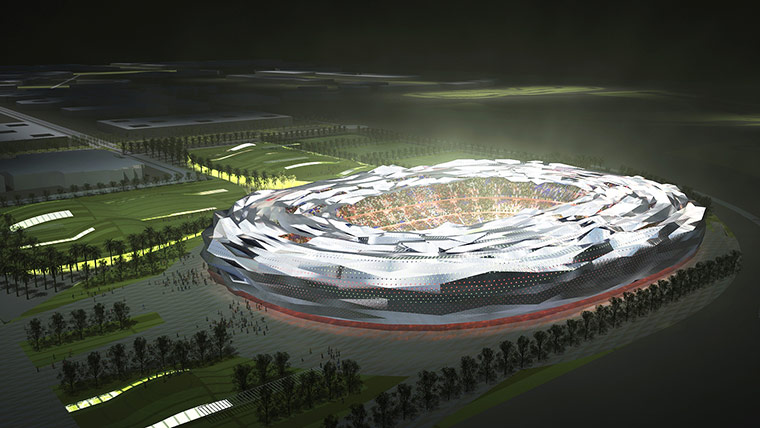 The stadium will have 45,120 seats and its design is a modern nod to traditional Arabic architecture alluding to the shape and color of the historic Umm Salal Mohammed Fort, located nearby. After the FIFA World Cup, seating capacity will be reduced to 25,500.

The stadium will have 43,520 seats, and its design features facades adorned with traditional Arabic geometric patterns and ornamentation as well as free-form open elements. 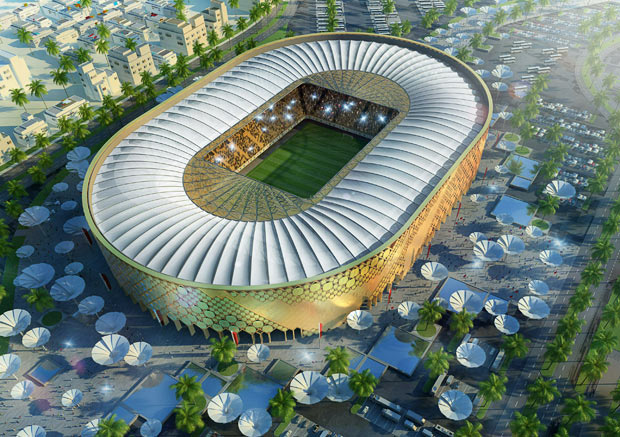 The 21,175-capacity Al Gharafa Stadium will expand to hold 44,740 spectators using modular elements forming an upper tier. the stadium will feature a façade made up of ribbons representing the nations that qualify for the 2022 tournament, symbolizing the mutual friendship, respect, tolerance and understanding that football and the World Cup tournament represents. 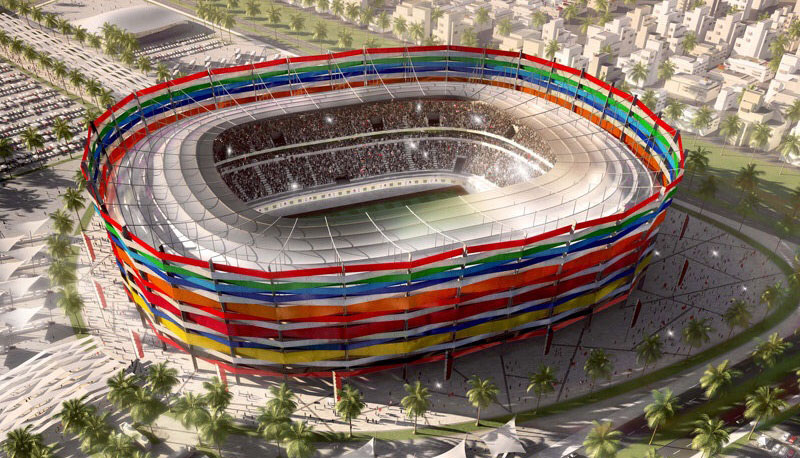 The brand new 45,330-capacity stadium features a breathtaking seashell motif and a flexible roof that features gentle ridges that perfectly complement its coastal location. The stadium offers spectators a stunning view of the Arabian Gulf from their seats, and will be located in a sports zone. 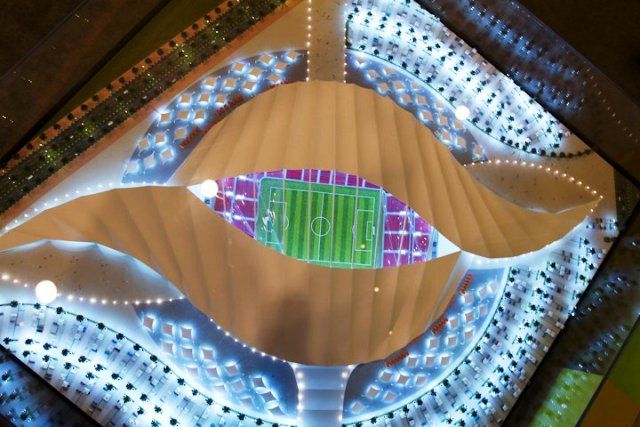 The 21,282-capacity of Al-Rayyan Stadium will expand to hold 44,740 spectators using modular elements forming an upper tier in time for the 2022 FIFA World Cup. the stadium is designed with a state-of-the-art “media membrane” that acts as a screen for projecting news, updates and current matches giving the stadium a spectacular and always-changing façade. The stadium will be downsized to its current capacity after the tournament. 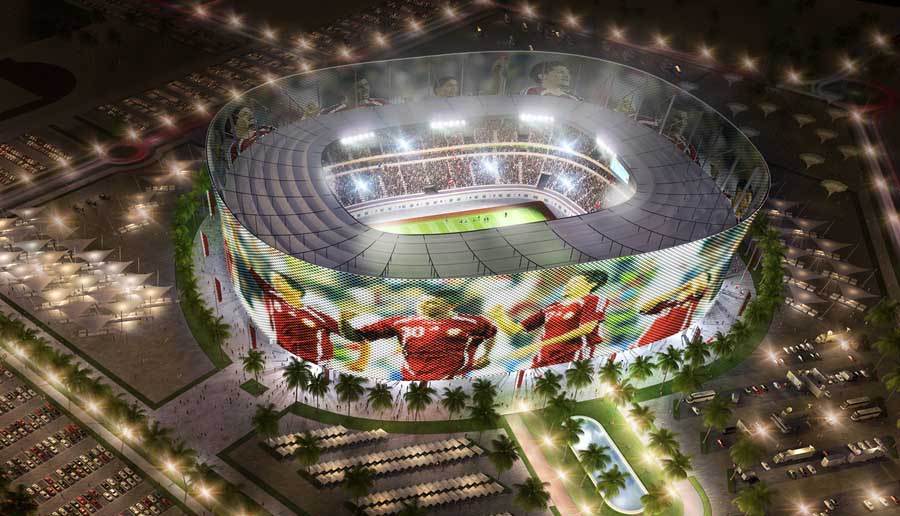 The stadium would be able to host Group, Round of 16 and Quarter final matches during the 2022 FIFA World Cup. The design uses sustainably sourced structural timber, reflecting the local seafaring

tradition of Al Wakrah in the stadium structure.
Spectators will be accommodated in a temperature-controlled (30-32 degrees Celsius) public realm covering approximately 72,000sqm. 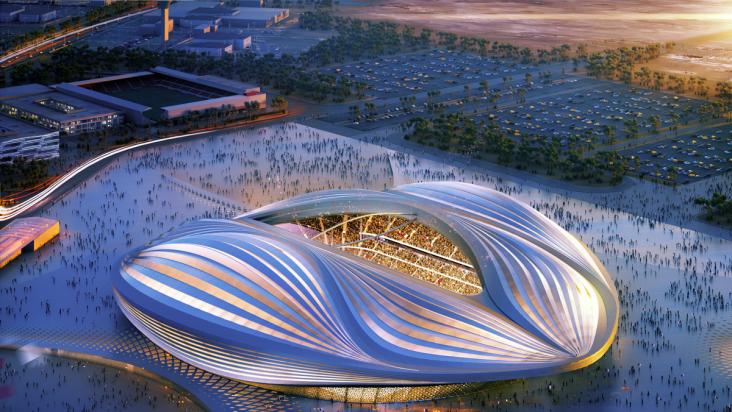 Located near the municipality of Madinat Ash Shamal , 110 kilometers north of Doha near the picturesque Zubarah Fort built in 1938. The stadium will have a capacity of 42,120. Build on the waterfront, the stadium’s design was inspired by the traditional dhow, the sailing boats of the Arabian Gulf which have been the main vessels of trade between the region and East Africa. Spectators are expected to arrive from the Doha Expressway, water taxis, the proposed 40-kilometer Bahrain-Qatar Friendship Bridge and the new metrorail. 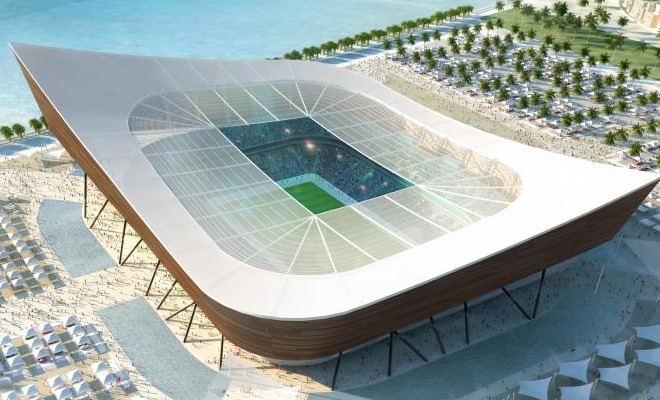 The redesigned Khalifa International Stadium was renovated and expanded to serve as the centerpiece of the 2006 Asian Games. The stadium’s current capacity of 50,000 will be expanded to 68,030 for the 2022 FIFA World Cup.

The stadium, which includes sweeping arcs and partially covered stands, is the centerpiece of Aspire Zone, a sports complex that includes the Aspire Academy for Sports Excellence, the Hamad Aquatic Zone, the ASPETAR Sports Medicine Hospital and many other sporting venues.