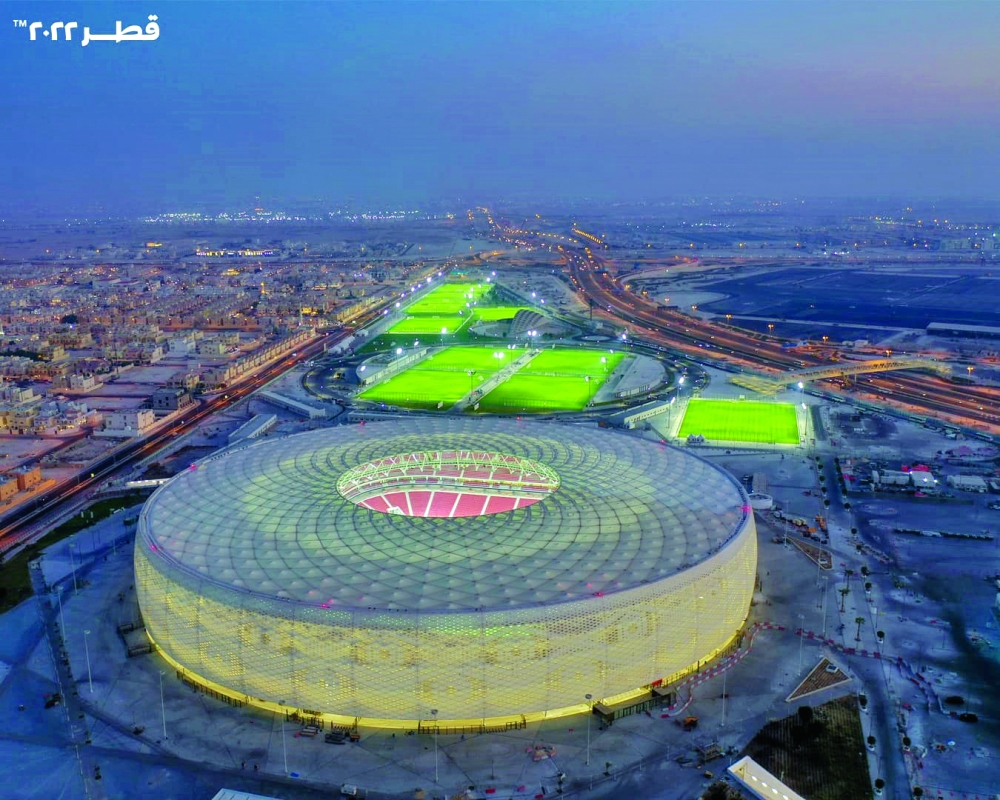 The local organizing committee for the final match of the forty-ninth edition of the Emir’s Cup, which will bring together Al Sadd and Al Rayyan this evening, at seven o’clock in the evening, at Al Thumama World Cup Stadium, which is preparing to open as the sixth World Cup stadiums after Khalifa, Al Janoub, Education City, Ahmed bin Ali and Al Bayt stadiums.
For its part, the Supreme Committee for Delivery and Legacy completed the latest operational experiments for the inauguration process, whether at the level of the internal facilities in the stadium or in its external surroundings, in preparation for receiving crowds of fans in the great football event, marking the approaching of the biggest date, which is Qatar’s hosting of the first FIFA World Cup in the Arab region and the Sharq region Middle.
The past few days witnessed the preparation of all the arrangements and final touches for hosting Al Thumama Stadium for the final match of the most expensive cups, in addition to traffic procedures and the issue of managing operations at the facility during this historic event, which will witness the inauguration of the sixth 2022 FIFA World Cup stadium more than a year before the kickoff.
In view of the coincidence of this great event with the State of Qatar achieving a new step on the road to the grand hosting in 2022, the global audiences will turn their attention this evening to the Al Thumama World Cup Stadium in order to discover the engineering details of this architectural masterpiece that will dazzle the world with its heritage design that simulates the history of the Gulf and Arab region in general .

International personalities accompany the event
As usual, the final of the most expensive cups is expected to witness the presence of a large number of distinguished international sports personalities, such as the Swiss Gianni Infantino, President of the International Football Association, who used to keep pace with the opening of all the World Cup stadiums from Khalifa International Stadium in 2017, through Al Janoub Stadium in 2019 to To Ahmed Bin Ali Stadium in 2020, while the Education City Stadium was opened at the beginning of the global health crisis caused by the Corona epidemic last year through a remote digital campaign, and many sports personalities will also be invited to attend this upcoming ceremony, similar to the presidents of the Federation. Continental or World Cup ambassadors, whether from Qatar or from around the world.

The opening ceremony precedes the final
All eyes will be on Al Thumama Stadium, minutes before the start of the match, where the world will witness the opening of the Al Thumama World Cup Stadium with an official ceremony, during which the inauguration of the sixth stadiums for the 2022 FIFA World Cup Qatar will be announced, more than a year before the start of the tournament.
The official opening ceremony will be accompanied by visual effects based on sound and lighting technologies, in addition to fireworks that erupt from the corners of the stadium, announcing the birth of a new sporting masterpiece among the eight stadiums designated for the World Cup.