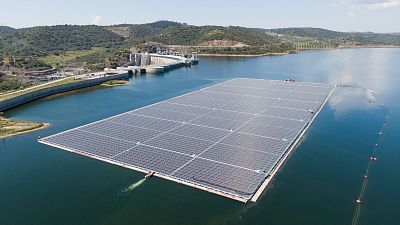 Two tugboats are currently moving a vast array of 12,000 solar panels, the size of four football pitches, to their mooring on the reservoir.

Built by EDP, the country’s main utility company, on Western Europe’s biggest artificial lake, the shiny floating island is part of Portugal’s plan to cut reliance on imported fossil fuels whose prices have surged since Russia’s invasion of Ukraine.