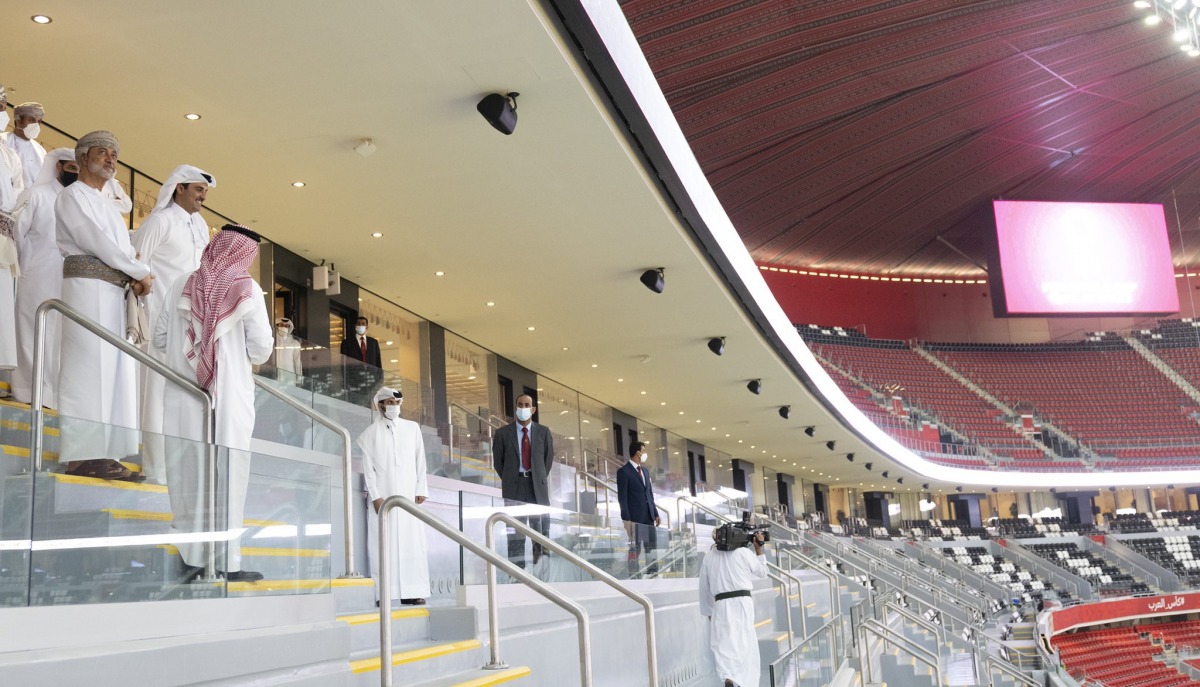 During the visit, His Highness the Amir and His Majesty the Sultan viewed models of all stadiums for the FIFA World Cup Qatar 2022, and the facilities that all stadiums have, training facilities and areas designated for fans, in addition to the latest types of technology used for cooling.