Home News Video and photos.. the most supportive stars raise the flag of Qatar... 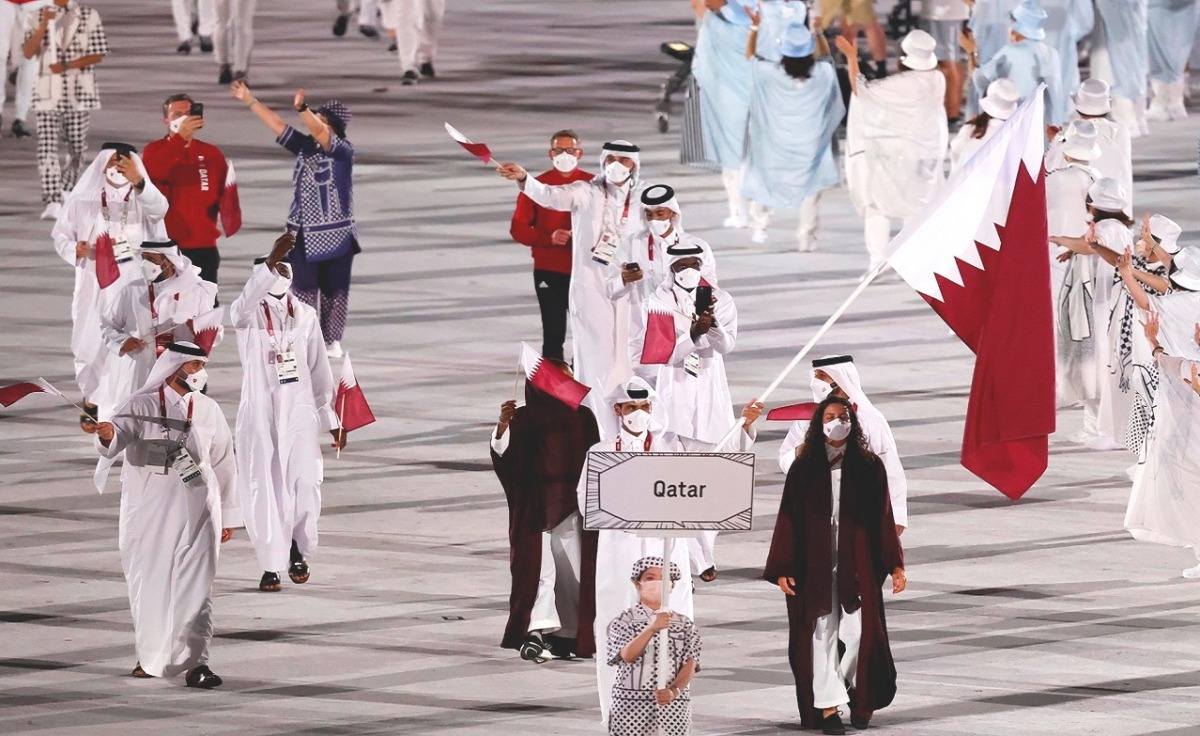 The flag of the State of Qatar flew high in the sky of Tokyo during the opening ceremony of the #Tokyo_2020 Summer Olympics in Japan, where the most supportive star, Tala Abu Jbara, rower and archer Mohammed Al-Rumaihi, was honored to carry the Qatar flag among the delegations of the world.

This is the first time that it is allowed to carry the flag for a male and female athlete from each country, while the tradition in the Olympic Games was previously that one person from the sports delegations of each country would carry the flag, whether he was a male or female player.

The State of Qatar will participate with 15 male and female players competing in 7 different sports, in the 32nd Summer Olympics “Tokyo 2020”, which will be hosted by Japan from July 23 to August 8.