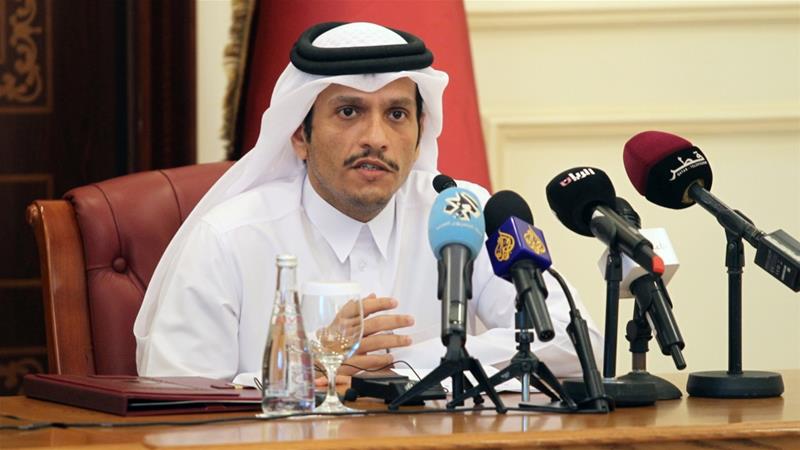 Qatar‘s foreign minister has criticised Arab neighbours for their continued economic blockade of the country, while stating that US President Donald Trump is stepping up efforts for a diplomatic solution to the crisis.

Sheikh Mohammed bin Abdulrahman Al Thani made the remarks on Monday in Paris, where he attended a discussion organised by the French Institute of International Relations.

Saudi Arabia, the UAE, Bahrain, and Egypt cut political and trade ties with Qatar on June 5, accusing it of “supporting terrorism” and their regional rival, Iran. Qatar vigorously denies the allegations.