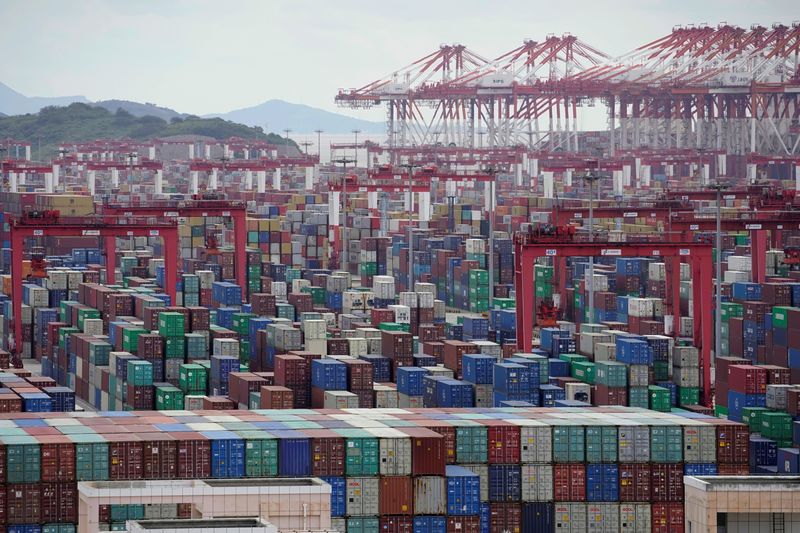 FILE PHOTO: Containers are seen at the Yangshan Deep-Water Port in Shanghai