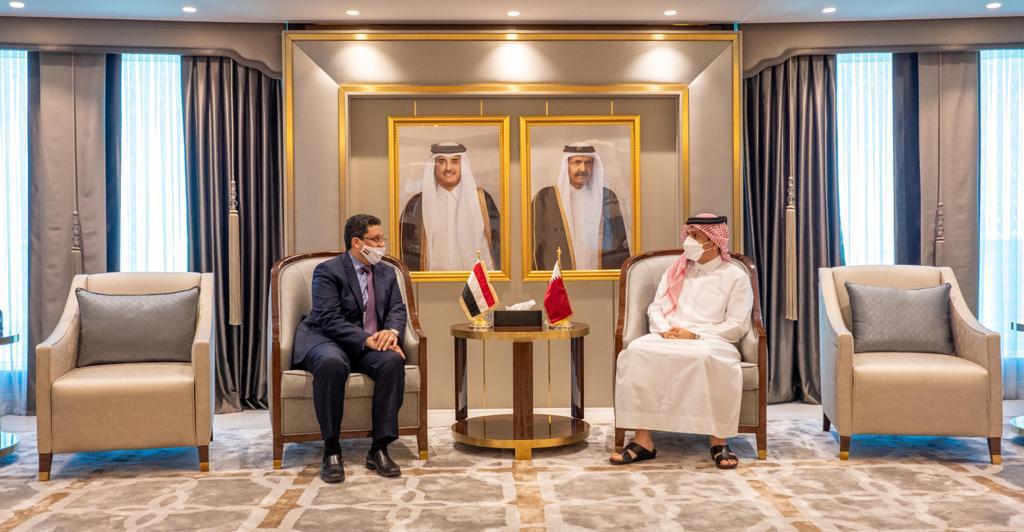 During the meeting, they reviewed the bilateral cooperation relations between the two countries and the latest developments in the Yemeni file.

His Excellency the Deputy Prime Minister and Minister of Foreign Affairs stressed, during the meeting, the firm position of the State of Qatar regarding the importance of preserving the unity of Yemen and achieving its security and stability.