Home News Living in Qatar with children: the pros and cons 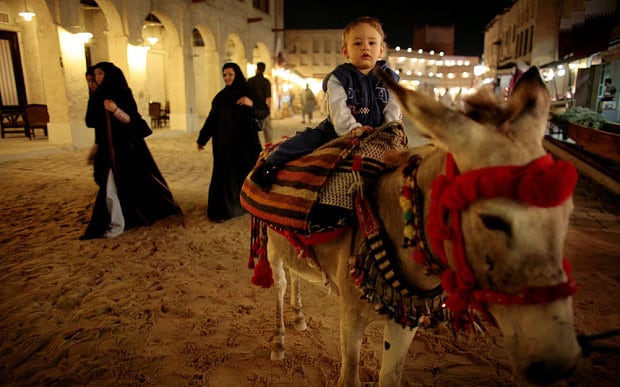 Living in Qatar with children: the pros and cons

It’s the world’s richest country with plenty of opportunities – but should you move there with a family? Here’s advice from a mother who did …

A child rides a donkey at the Souq Waqif in Doha. Some aspects of life in Qatar are delightful for families – others less so  Photo: Paula Bronstein/Getty Images