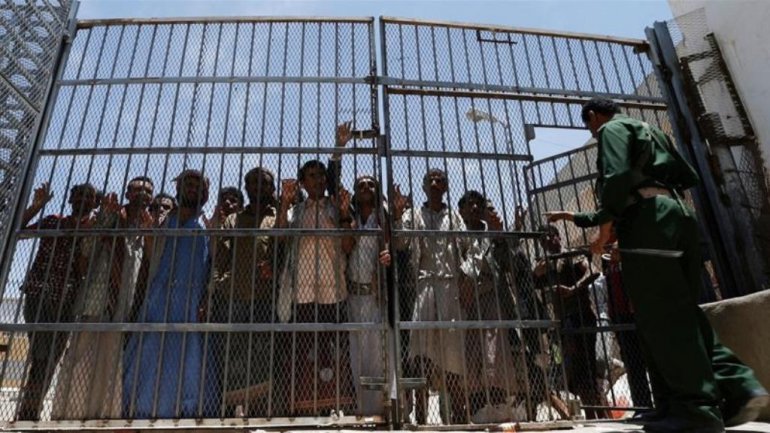 The men screamed and wept. Those who resisted were threatened by barking dogs and beaten until they bled.