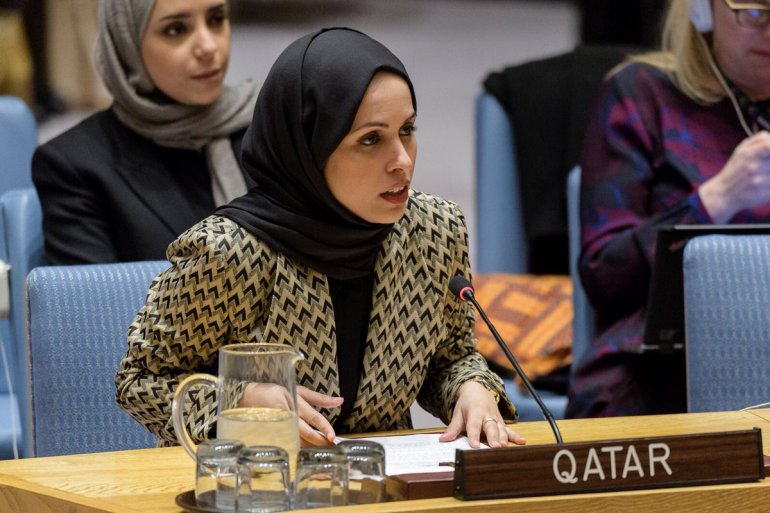 New York: Qatar has called for an immediate lifting of the unjust siege, which is about to enter its second year, reiterating that the siege and arbitrary unilateral measures imposed on the country without any legal or realistic justification, aims at achieving special objectives that run counter to the provisions of international law. Also it is incompatible with the fundamental principles of the multilateral international order and the basis of friendly relations and human rights, as well as their negative impacts on regional and international cooperation for maintaining international peace and security.

This was delivered in a statement by the Ambassador Sheikha Alia Ahmed bin Saif Al-Thani, Qatar’s permanent representative to the United Nations, at the official meeting of the UN Security Council on “the situation in the Middle East, including the Palestinian question”.