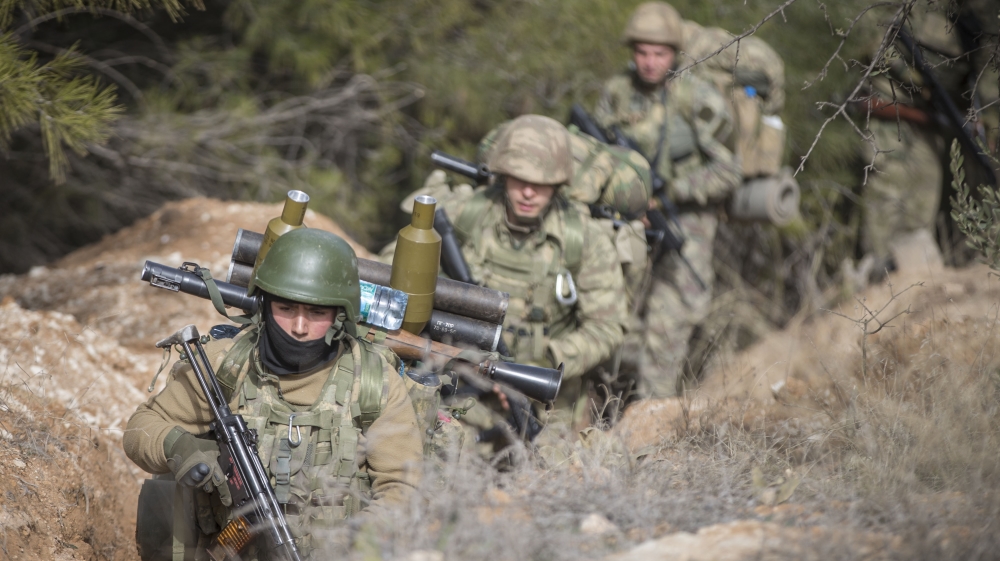 The Turkish army has intensified an offensive against Syrian Kurdish positions in the enclave of Afrin, as President Recep Tayyip Erdogan said there would be no “stepping back” in Ankara’s operation, now in its third day.

Anadolu, Turkey’s state-run news agency, reported on Monday that Turkish forces continued to shell Kurdish-held areas in northwestern Syria in support of Free Syrian Army (FSA) forces, who are on the ground in Afrin fighting alongside Turkish troops.

Al Jazeera’s Stefanie Dekker, reporting from the Turkish-Syrian border near Afrin, said that “relentless, heavy shelling and artillery fire” could be heard kilometres away from the centre of the operation.