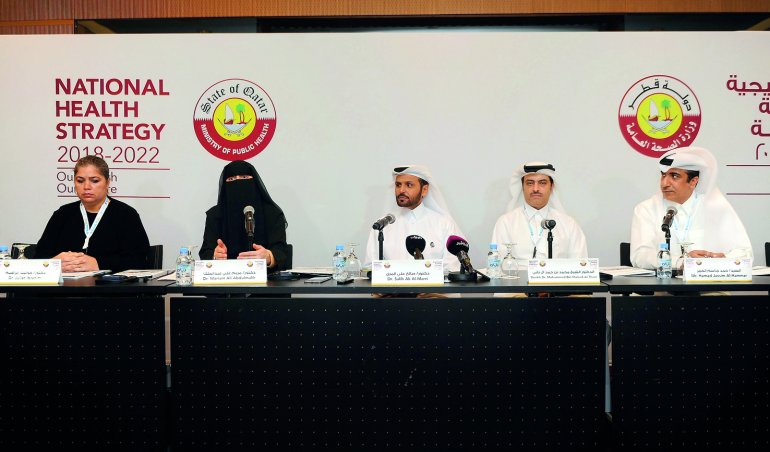 By Mohammed Osman | The Peninsula

DOHA: High quality health services under the second National Health Strategy (NHS) 2018-2022 will offer a unique model for healthcare in Qatar focusing more on disease prevention and involvement of patients in the protection and treatment process, said officials during a press conference held on the sideline of the launch of the second NHS.

The officials said that the first National Health Strategy (2011-2016) led to significant changes in the level of primary care and paved the way for provision of a better level of care for families in locations close to their homes.