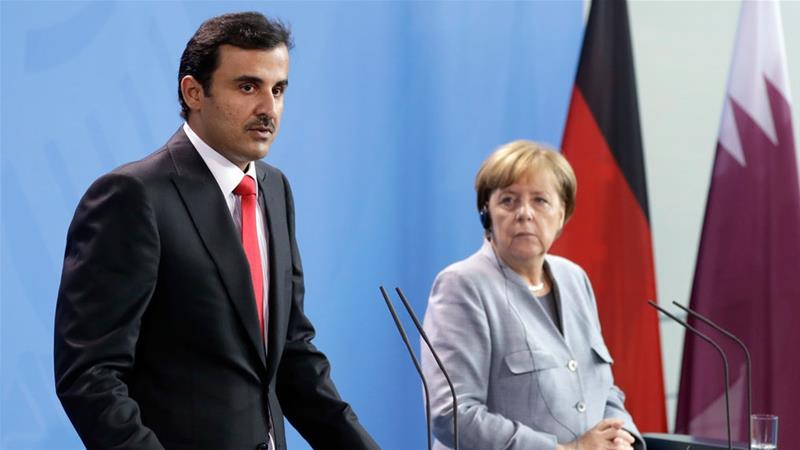 The Qatari emir says he is ready to sit at a negotiating table to solve the three-month-long regional crisis.

Sheikh Tamim bin Hamad Al Thani is on his first foreign trip since Qatar’s diplomatic rift with its Arab neighbours.

“As you know we have had a siege of more than 100 days against Qatar,” Sheikh Tamim said at a joint news conference with German Chancellor Angela Merkel in Berlin on Friday.