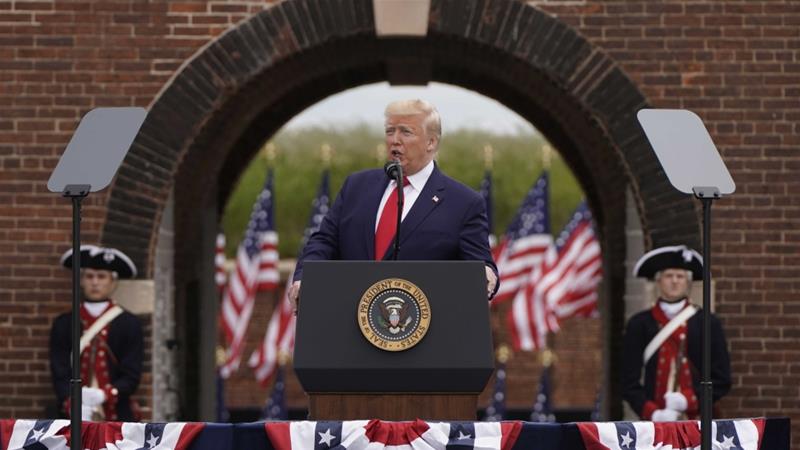 Trump, paying increasingly closer attention to his re-election chances, and his backers say the worst is behind the US.

Even as the United States approached the grim milestone of 100,000 COVID-19 deaths, President Donald Trump is continuing to pressurize state governors to reopen their economies and allow the “transition to greatness” he has adopted as a new campaign slogan to proceed full speed ahead.

Taking to Twitter on Tuesday, Trump bragged about early gains in the US stock market indices and insisted that, “There will be ups and downs, but next year will be one of the best ever!”