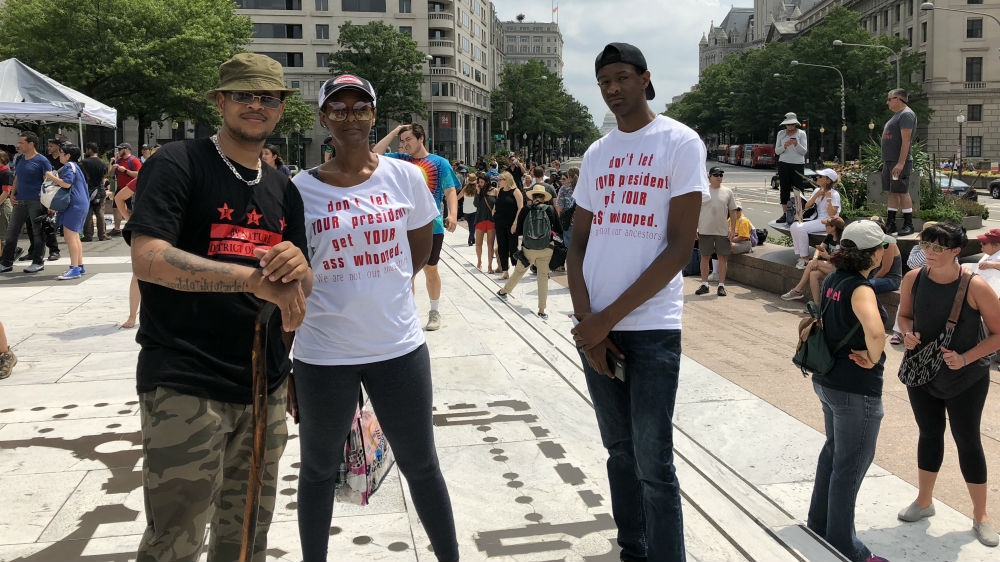 Counterprotesters descend on US capital as far right holds ‘Unite the Right 2’ a year after fatal Charlottesville rally.