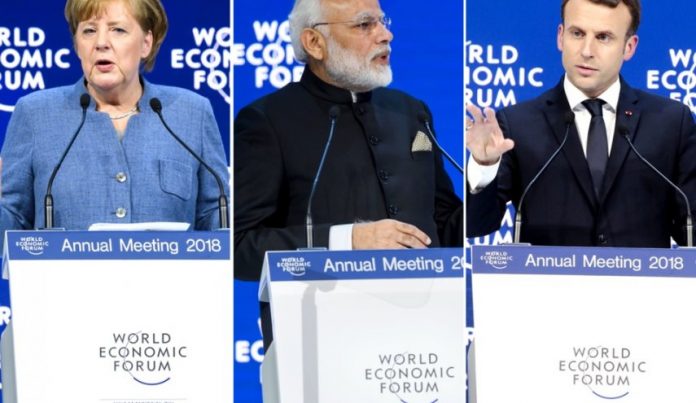 On Thursday morning, Donald Trump is expected to make his debut at the World Economic Forum meeting in Davos, Switzerland.

On Wednesday, German Chancellor Angela Merkel said that, as a country that wants to help “solve the problems of the world,” Germany doesn’t think “shutting ourselves off and isolating ourselves will . . . lead [to] a good future.”

In order to solve current and future problems, she said, multilateral solutions should take precedent over “unilateral, protectionist course[s]” of action. Merkel, who was last seen attempting to explain to Trump how trade agreements work—a tutorial that, despite her reported patience, failed miserably—noted that it was a “multilateral response” that helped to curtail the global financial crisis.