Home News Defending the island .. with pictures and video: The National Service Academy... Today, the Armed Forces concluded the fourth tactical exercise (Muqdam 4), which was carried out by the National Service Academy, under the patronage of His Excellency Dr. Khaled bin Mohammed Al-Attiyah, Deputy Prime Minister and Minister of State for Defense Affairs, and in the presence of His Excellency Lieutenant General / Pilot / Ghanem bin Shaheen Al-Ghanim Chief of Staff of the Armed Forces.
The exercise was concluded with the implementation of its second phase, which was devoted to training on the defense of the islands, as one of the objectives of this phase is to defend the islands, starting with the transfer of forces via helicopters and sailing boats, the implementation of defense works, the establishment of fortifications and the establishment of engineering obstacles.
Also, during this stage, landing operations on the coasts of the islands and the implementation of the counterattack, as well as the implementation of the scenario of interruption of supplies to the forces defending the island, and training in joint coordination between the national service and all branches of the armed forces and the bodies of the Ministry of Interior and Lekhwiya Force.
The exercise was carried out by the Emiri Air Force, the Emiri Navy, the Military Police Force, and the Medical Services Command, with the participation of the Ministry of Interior and the Lekhwiya Force.
The exercise was attended by a number of senior officers in the armed forces. 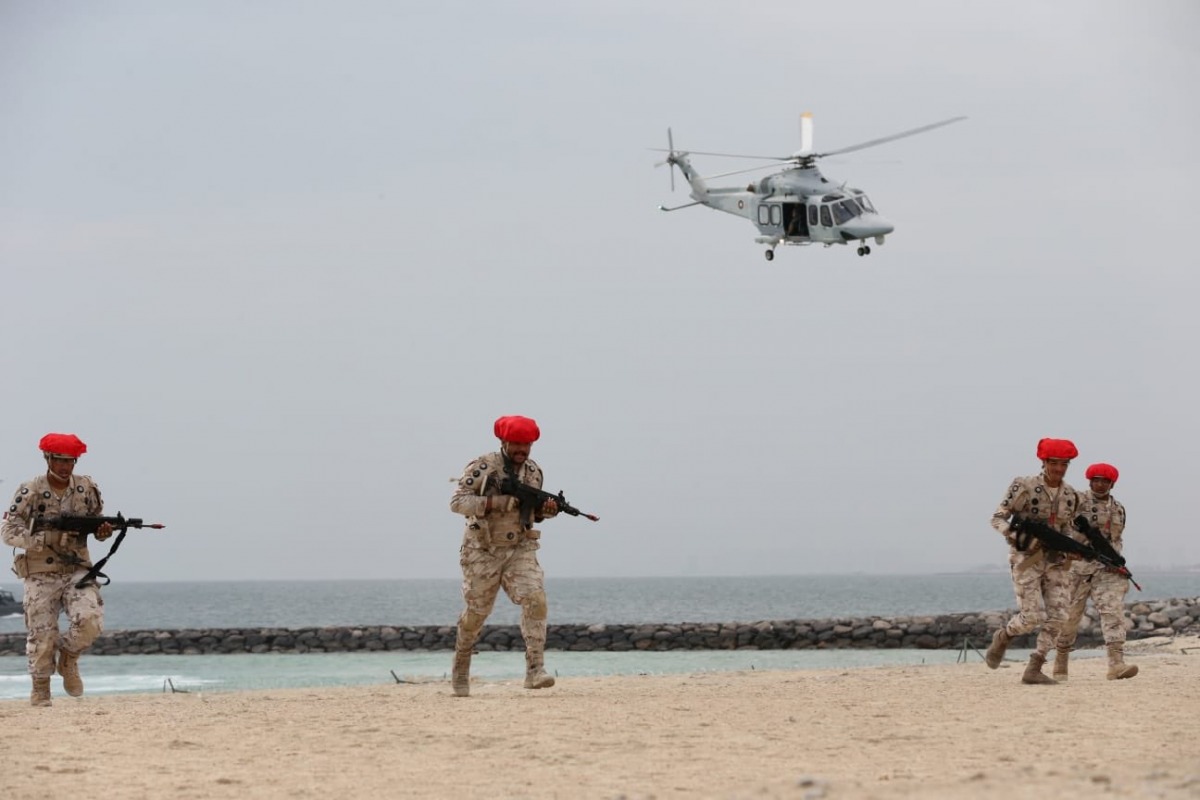