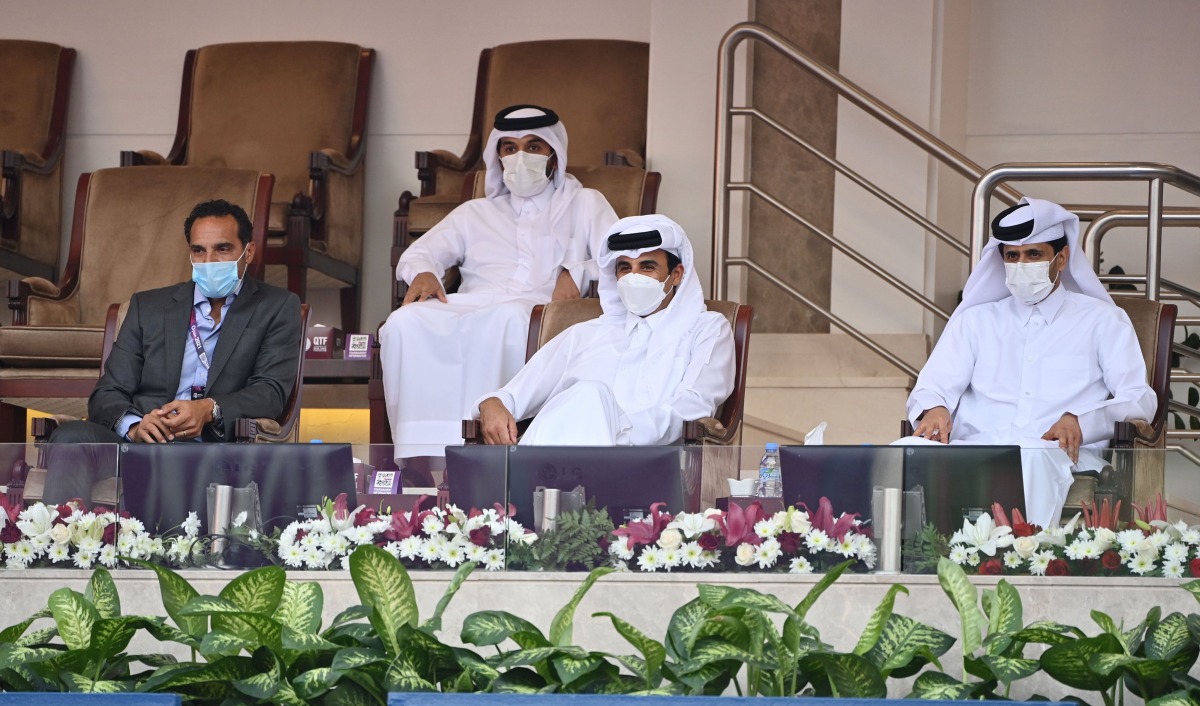 His Highness, Emir Sheikh Tamim bin Hamad Al Thani, the Emir of the country, witnessed part of the inaugural day of the Qatar Total Open Tennis Championship for Women 2021 in its nineteenth edition, which was held at the stadiums of the Khalifa International Tennis and Squash Complex.

His Highness the Prince followed the match between Spanish player Garbini Muguruza, ranked 15th in the world, and Russian player Veronica Kodermetova, ranked 26th, in the framework of the third round matches, which ended in the interest of the first with two clean sets of sets (6-2 and 7-6).

The match was attended by a number of Their Excellencies, senior officials, guests of the tournament, and a crowd of tennis fans, amid precautionary measures to limit the spread of the new Corona virus (Covid-19).