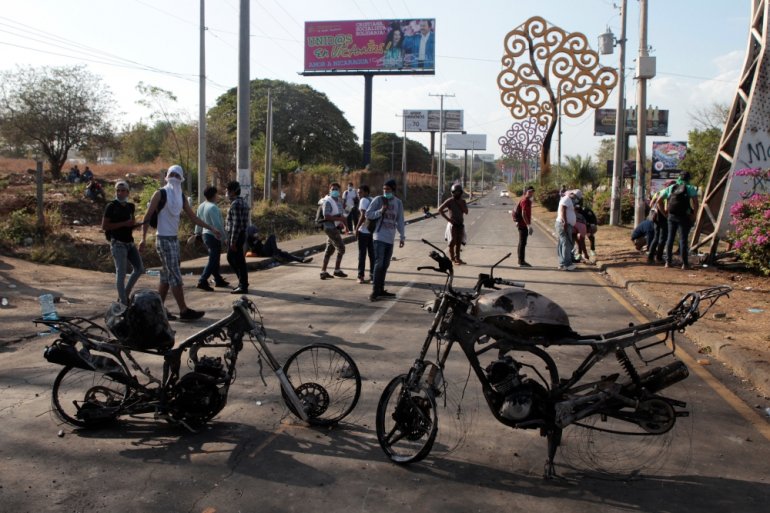 Charred police motorcycles vandalised by demonstrators are seen during a protest over a controversial reform to the pension plans of the Nicaraguan Social Security Institute (INSS) in Managua, Nicaragua April 20, 2018. REUTERS/Oswaldo Rivas

In the biggest protests in President Daniel Ortega’s 11 years in office in this poor Central American country, people are angry over the plan because workers and employers would have to chip in more toward the retirement system.