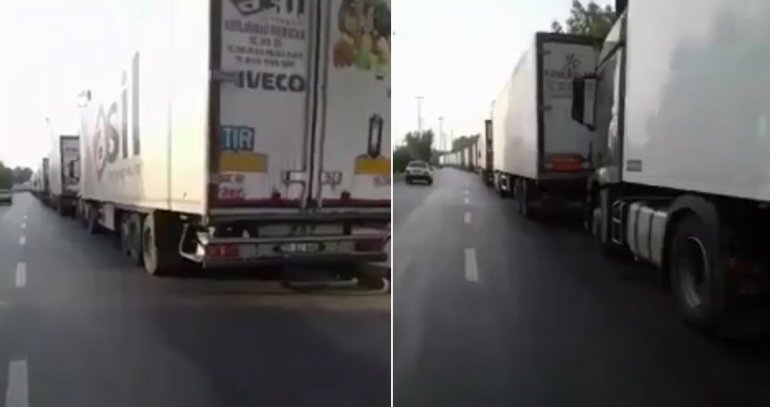 Trucks from Turkey to Qatar on the Iranian roads. Video still

The land route from Turkey to Port of Bushehr in Iran and then by sea to Ruwais port in Qatar is now open for transport of goods. 200 trucks carrying milk, fruits, vegetables, grains and other food products coming from Turkey arrived in Qatar through this route, a Qatari Businessman said.