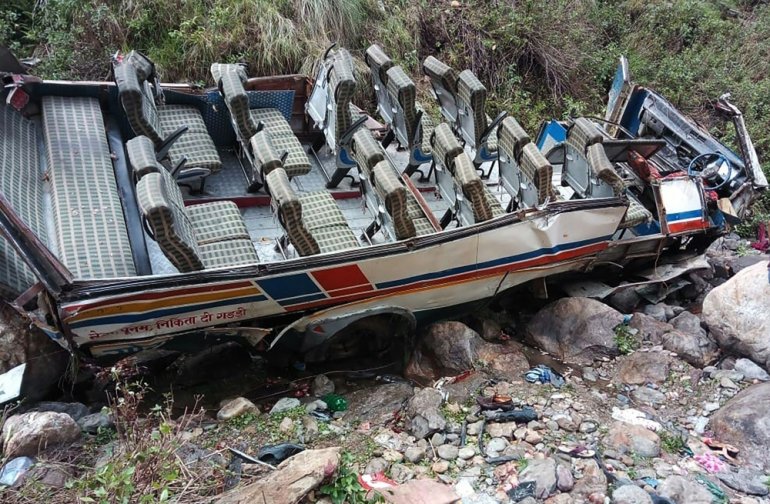 Dehradun, India,  At least 44 people were killed in northern India Sunday when a passenger bus crashed into a gorge in the Himalayan state of Uttarakhand, police said.