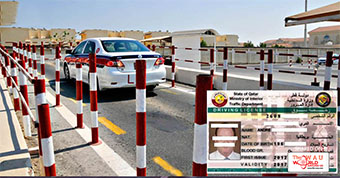 The Qatari government has quietly tightened the rules on how expats obtain driving licences, requiring some of them take lessons or a driving test, according to a report in Doha News.

Previously, they only had to show their licence from their country of origin and take a new eye test.