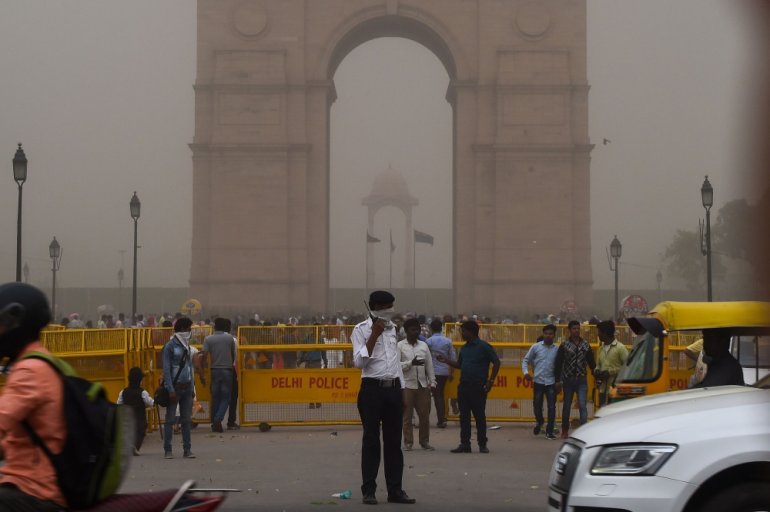 This photo taken on May 2, 2018 shows an Indian traffic policeman covering his face as he stands on duty during a dust storm in New Delhi. AFP / Chandan Khanna

New Delhi: Dust storms that tore across northern India killed at least 77 people and left 143 injured as trees and walls were brought down by powerful winds, officials said.

The overnight storm ravaged Uttar Pradesh and Rajasthan states and the death toll was expected to rise, officials said.