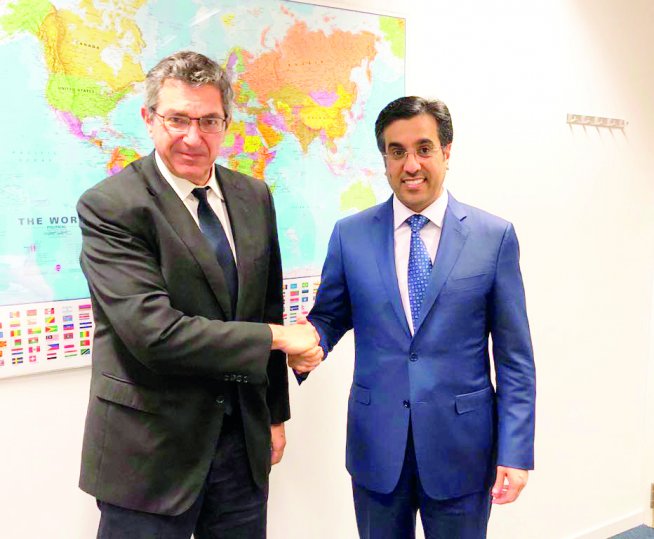 The Chairman of the National Human Rights Committee, Dr. Ali bin Smaikh Al Marri, with the Special Representative of the European Union for Human Rights, Stavros Lambrinidis, in Brussels yesterday.

Brussels: The Chairman of the National Human Rights Committee (NHRC), Dr Ali bin Smaikh Al Marri, has called on the European Union (EU) to take strong, quick measures and practical steps to condemn the violations that affect thousands of Gulf families as result of the siege imposed on the State of Qatar, similar to the position of the European Parliament, which has consistently blamed those countries for the human rights violations that have affected thousands of families in Qatar and the Gulf States for more than a year.

In a meeting with  the Special Representative of the European Union for Human Rights Stavros Lambrinidis,  in the Belgian capital, Brussels, Dr Al Marri presented a copy of the 5th report prepared by the National Human Rights Committee (NHRC), on the occasion the siege anniversary.