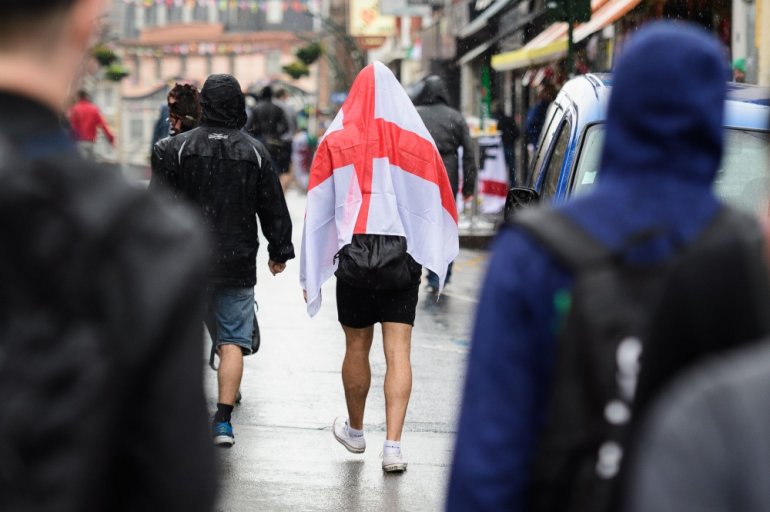 (FILES) In this file photo taken on June 16, 2016, a football supporter covers his head with an England flag, the St George’s Cross, as he walks in the rain in Lens, northern France, on the day England played against Wales in their Euro 2016 group B football match. AFP / LEON NEAL

London: Trent Alexander-Arnold has been included in England’s 23-man squad for the World Cup as Joe Hart and Jack Wilshere were confirmed as the big-name casualties.

Both players will be missing from the England plane to the tournament in Russia next month, but Liverpool right-back Alexander-Arnold will be on the flight as Southgate opted for a youthful selection.