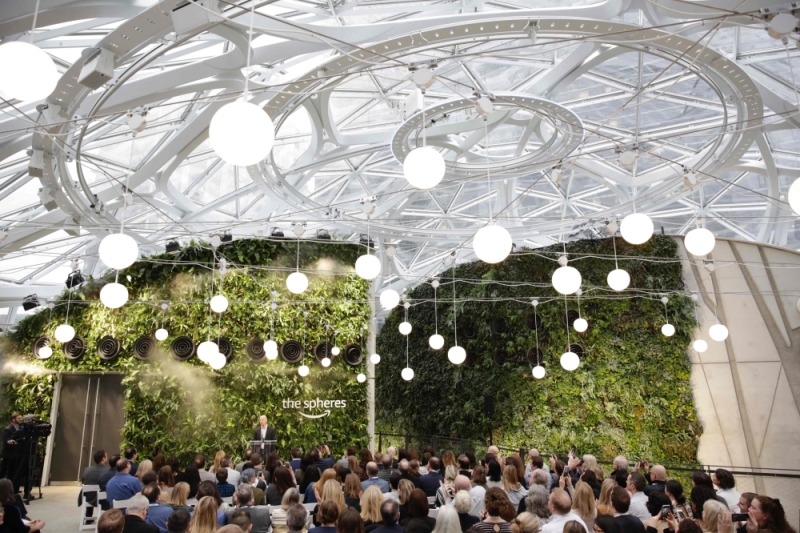 People take a tour during the grand opening of the Amazon Spheres, in Seattle, Washington on January 29, 2018. AFP / JASON REDMOND

San Francisco: Internet giant Amazon on Monday opened its plant-packed “The Spheres” buildings in its home city of Seattle.

The Spheres are the newest addition to Amazon’s “urban campus” in Seattle, and are billed as a workplace “more like a tropical rainforest in the clouds than an office.”