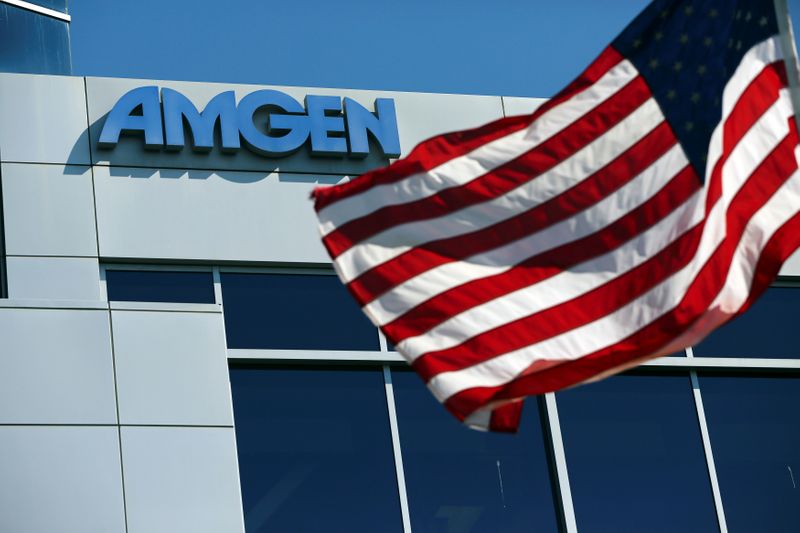 FILE PHOTO: An Amgen sign is seen at the company’s office in South San Francisco

(Reuters) – Drugmaker Amgen Inc will pay about $1.9 billion in cash for Five Prime Therapeutics, adding a late-stage gastric cancer drug candidate to its line of cancer drugs, the companies said on Thursday.