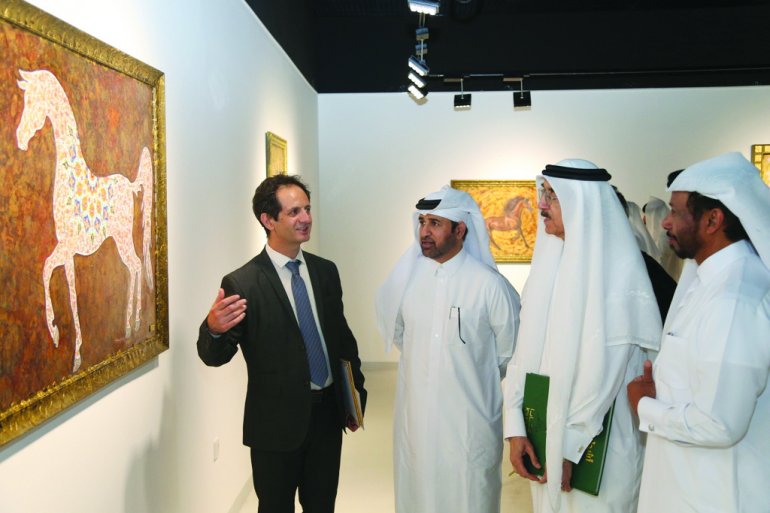 Iranian artist, Mohammad Khaza’i, explains about his work to Dr Khalid bin Ibrahim Al Sulaiti, General Manager of Katara, and other officials during the expo at Katara.

DOHA: The Cultural Village, Katara, is hosting creative exhibitions by Iranian artist Mohammad Khaza’i until the end of April at building No. 19.

This event comes to present various artistic experiences to the audience. The exhibition, which was opened on Thursday by Dr Khalid bin Ibrahim Al Sulaiti, General Manager of Katara, included about 30 different works in which