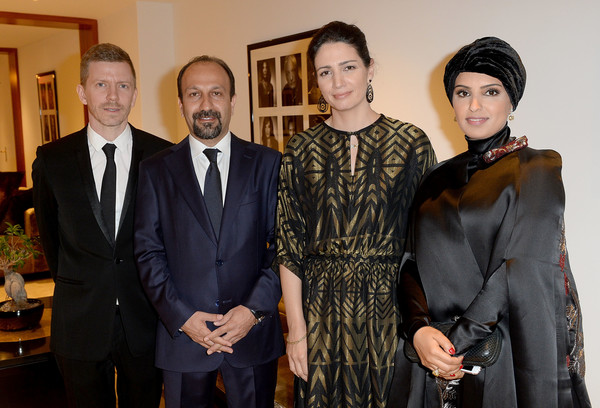 In The Photo (L-R) Alexandre Mallet-Guy, director Asghar Farhadi, Hanaa Issa and Doha Film Institue CEO Fatma Al Remaihi pose prior to the “The Salesman (Forushande)”, Premiere at the annual 69th Cannes Film Festival on May 21, 2016 in Cannes, France.

Iranian Oscar-winning director Asghar Farhadi and actor Shahab Hosseini have won the rewards for the best screenplay and the best actor at Cannes respectively.

Starring Hosseini, “The Salesman” got the Best Screenplay during the 69th edition of the festival Sunday and brought the Iranian superstar the Best Actor.