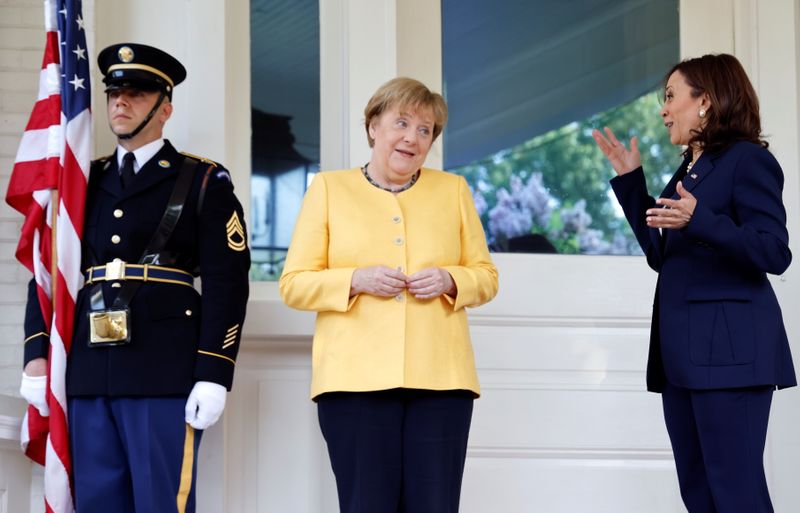 By Andrea Shalal and Jeff Mason
0 WASHINGTON (Reuters) -President Joe Biden welcomed outgoing German Chancellor Angela Merkel to the White House on Thursday to discuss disagreements over Russia and China as the two leaders seek to strengthen a relationship that suffered under former President Donald Trump.