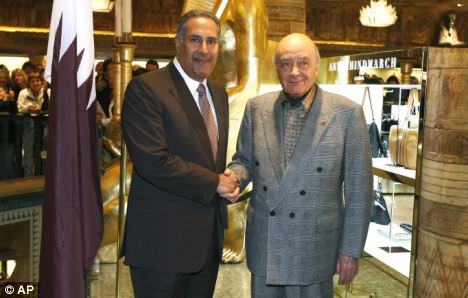 Just weeks after insisting the exclusive Knightsbridge store was not up for sale, Mr al Fayed reconsidered and agreed to an offer from the Qatari royal family.