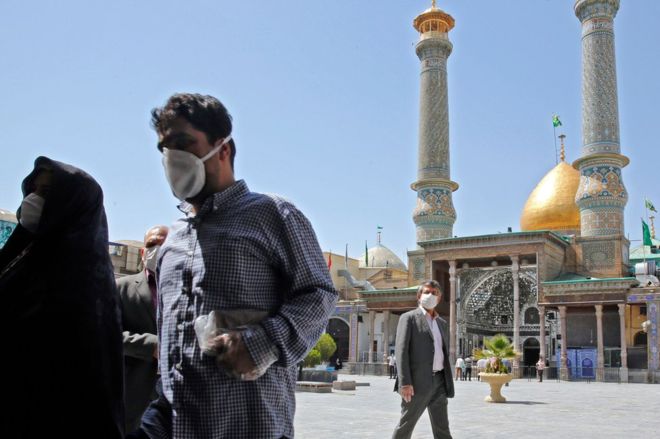 Iran has reopened its major Shia Muslim shrines, two months after they were closed to combat the coronavirus.

Worshippers will be allowed to access courtyards, but not covered areas. They must also wear face masks and abide by social distancing rules.

People were sprayed with disinfectant and had their temperatures checked at Tehran’s Abdol Azim shrine on Monday.