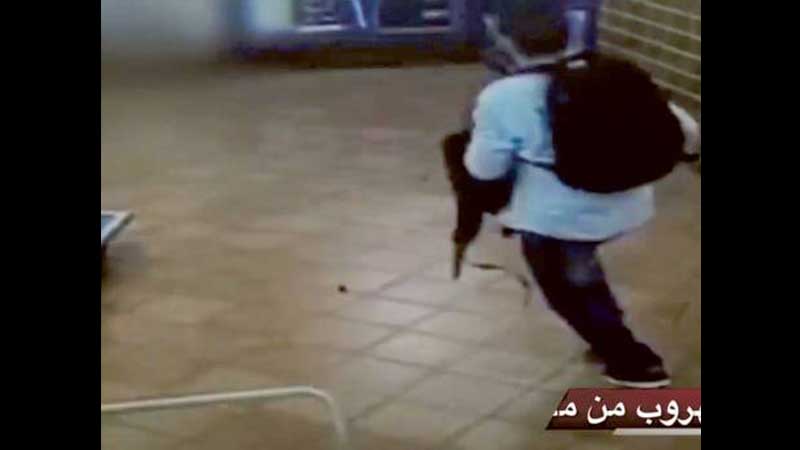 CCTV footage shows the Algerian man rushing out from the building.

DUBAI – An Algerian businessman who beat and stabbed to death a Chinese accountant inside an elevator so he could steal Dh1.02 million in the man’s bag will be executed for the murder.