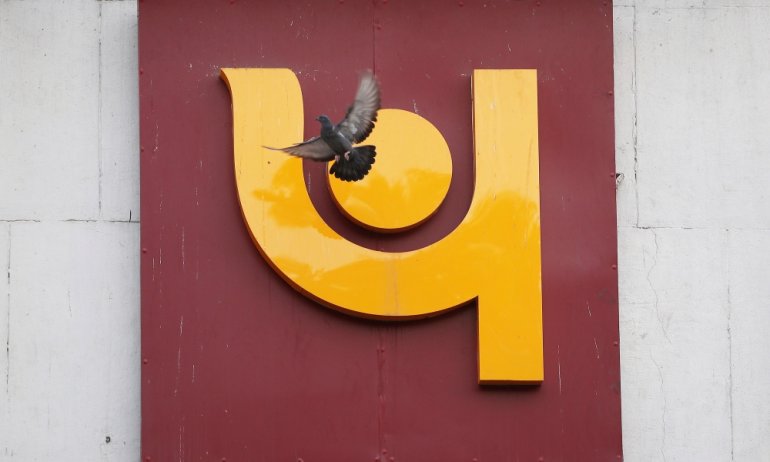 A pigeon flies past the logo of Punjab National Bank outside a branch of the bank in New Delhi, India February 15, 2018. Reuters/Adnan Abidi

NEW DELHI/MUMBAI:  The Punjab National Bank branch in south Mumbai sits just down the road from both the Bombay Stock Exchange and the Reserve Bank of India, at a physical centre of one of the world’s fastest growing major economies.