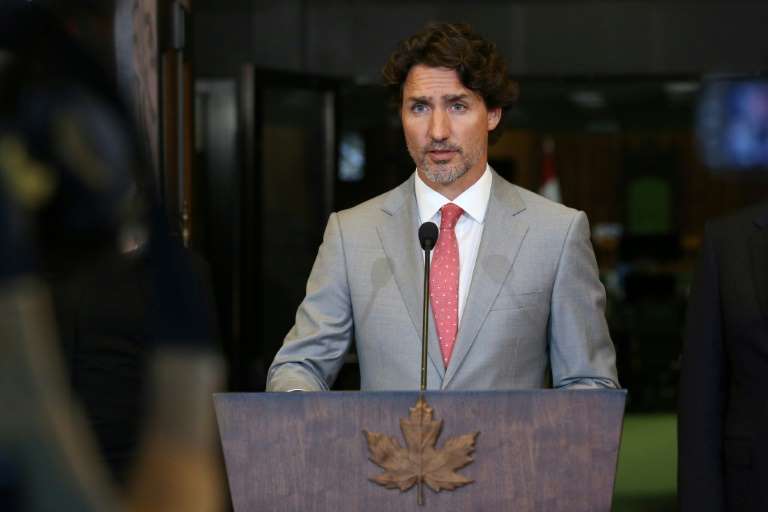 Free speech has limits, Canada’s Trudeau says
Canadian Prime Minister Justin Trudeau defended free speech on Friday, but added that it was “not without limits” and should not “arbitrarily and needlessly hurt” certain communities.

© Dave Chan Canada’s Prime Minister Justin Trudeau, seen here in August 2020, defended free speech on Friday, while qualifying that it was “not without limits” and should not “arbitrarily and needlessly hurt” certain communities“We will always defend freedom of expression,” Trudeau said in response to a question about the right to show a caricature of the Prophet Mohammed, as France’s Charlie Hebdo magazine did.

“But freedom of expression is not without limits,” he added. “We owe it to ourselves to act with respect for others and to seek not to arbitrarily or unnecessarily injure those with whom we are sharing a society and a planet.”

“We do not have the right for example to shout fire in a movie theatre crowded with people, there are always limits,” he argued.