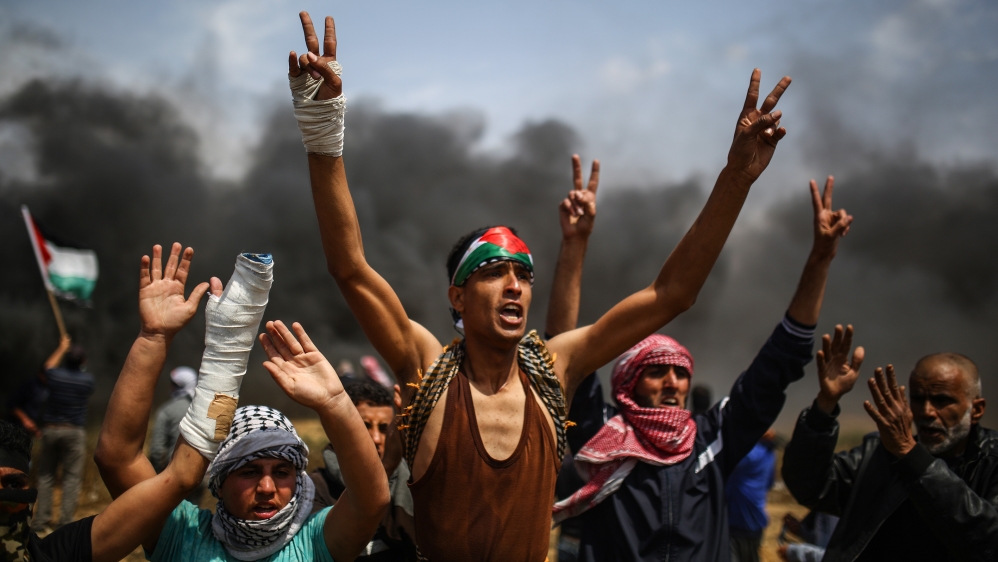 Palestinians demonstrate for the fifth Friday in a row as UN rights chief condemns Israel’s use of ‘excessive force’.

Palestinians in the Gaza Strip have protested for the fifth Friday in a row as part of the Great March of Return movement.

Since the protests began on March 30, 45 Palestinians in the coastal enclave have been killed by Israeli forces and more than 5,500 wounded. Marchers are demanding the right to return to their homes seized by Israel in 1948.