Home News Get Ready To Experience The Most Unusual Food Adventure. 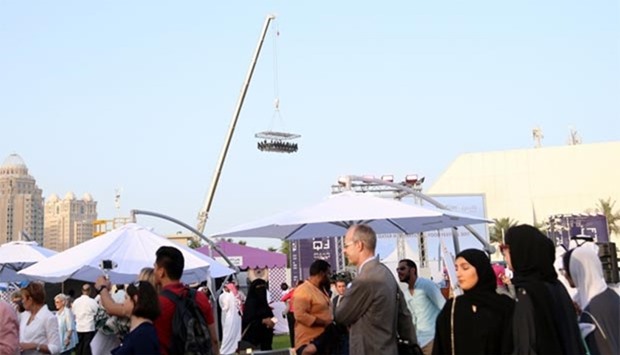 It is not every day that you belt up your seats to have your meals in the air, sounds like a crazy thing, right. That is exactly what you will be experiencing in Doha when a crane lifts you 50m into the air. It is a major attraction of Qatar International Food Festival (QIFF), Dinner in the sky offers a 360-degree panoramic view overlooking the city skyline, complimented by Doha’s finest cuisine prepared by four seasoned Hotel chefs.

It has been a key feature of the festival for the past years which is organised by Qatar Tourism Authority in association with Skop Group. The dining platform can accommodate upto 22 people along with five staff members. The guest will get a 360-degree view as the platform rotates.