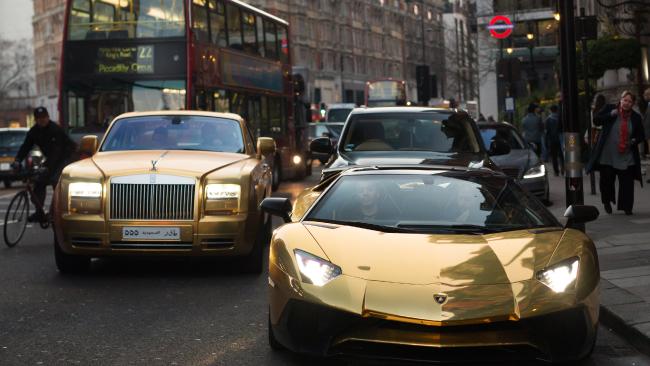 A gold Rolls Royce Phantom Coupe and a Lamborghini Aventador SV are seen in London — two of four gold coloured cars which have been seen in the capital all belonging to the same wealthy owner.

TALK about travelling in style.

This tourist took luxury travel to a whole new level after bringing his fleet of flashy cars valued at $1.8 million to the streets of London.