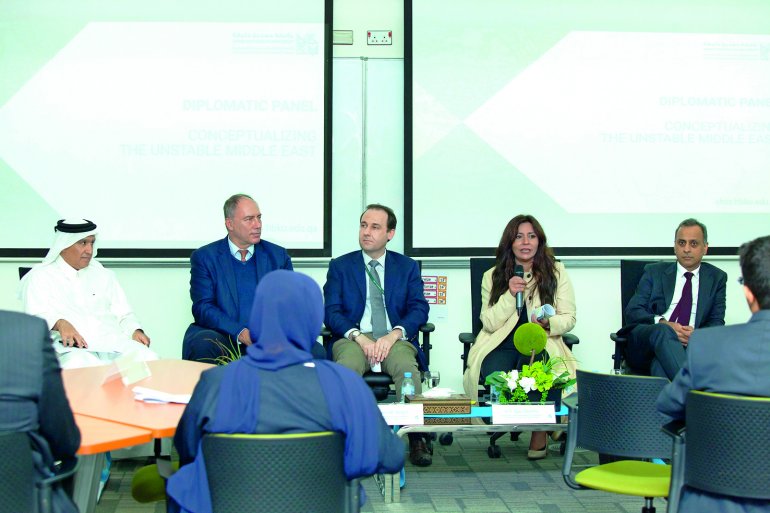 The panelists at HBKU’s ‘Conceptualizing the Middle East’ discussion.