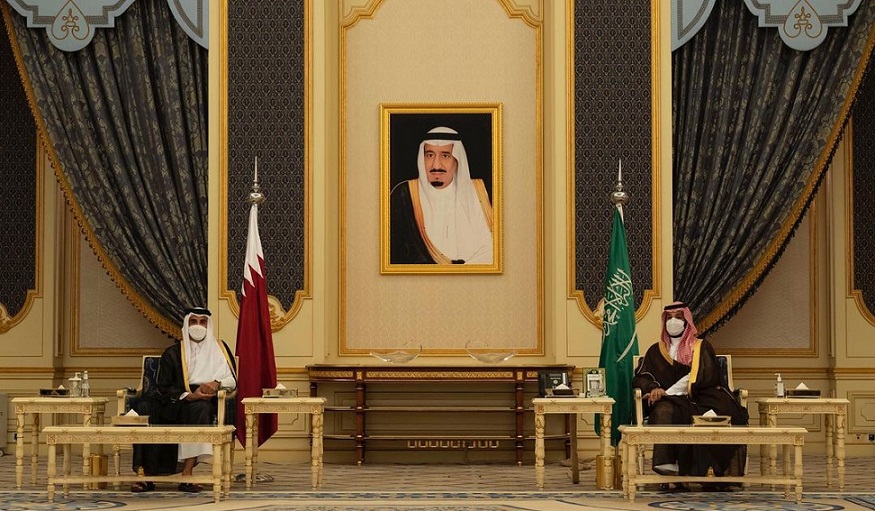 His Highness Sheikh Tamim bin Hamad Al Thani, Emir of the country, and His Royal Highness Prince Muhammad bin Salman bin Abdulaziz Al Saud, Crown Prince, Deputy Prime Minister and Minister of Defense of the Kingdom of Saudi Arabia, held a session of talks at the Peace Palace in Jeddah this evening.

His Highness Prince Al-Moufdi and His Highness the Saudi Crown Prince exchanged congratulations on the occasion of the approaching Eid al-Fitr, praying to God Almighty to accept good deeds from everyone, and to restore this honorable occasion to our Arab and Islamic nations with good, Yemen and blessings.