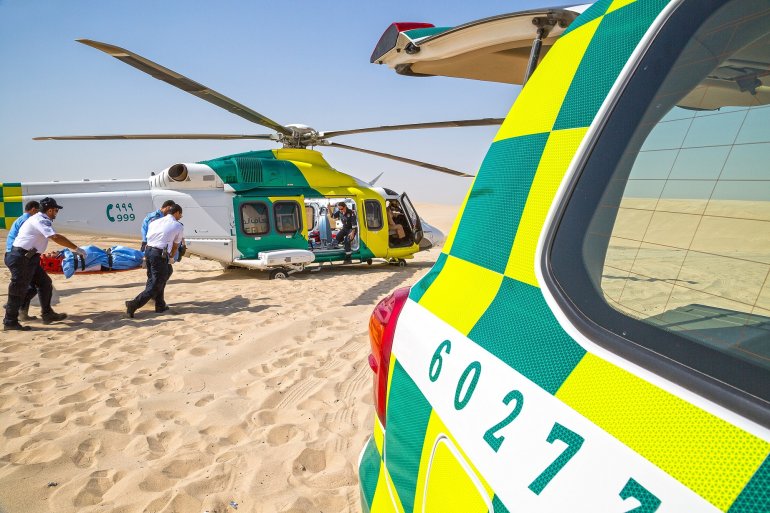 The Sealine Medical Clinic was supported by HMC’s Ambulance Service.

Doha: Hamad Medical Corporation (HMC)’s Sealine Medical Clinic has seen a total of  681 patients (633 adults and 48 children) during the camping season.  Among them thirteen patients were transferred to the Emergency Department at Hamad General Hospital by ambulance for additional treatment, says a senior official.

Dr Hamid Ghareeb, Consultant at HMC’s Medical Administration Department and Medical Supervisor of the Sealine Medical Clinic, also said that the clinic patients were treated for a variety of complaints and ailments, with 493 cases involving fever, abdominal pain, diarrhea, and cough, and 175 patients receiving treatment for wounds, burns, intestinal infections, and asthma.