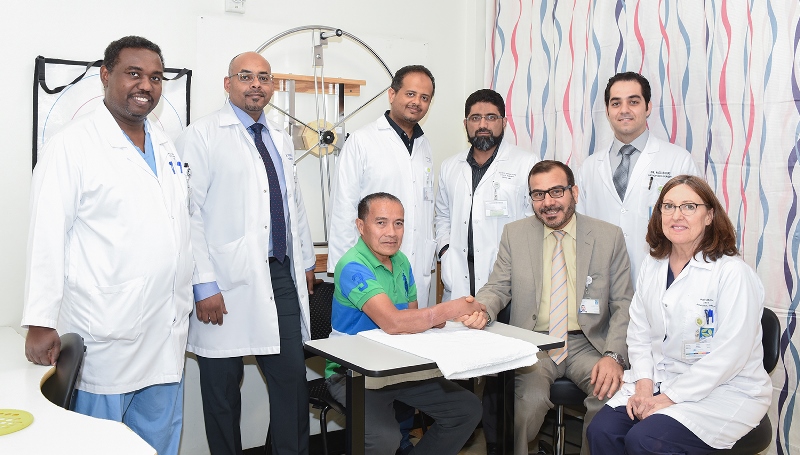 Doha: A surgical team at Rumailah Hospital of Hamad Medical Corporation (HMC) have succeeded in reattaching a 55 years-old man’s arm after being amputated in an accident. The complex surgery is thought to be the first of its kind performed in Qatar.

Senior Consultant, Plastic and Hand Surgeon Dr Mohamed Murshid Al Delaimi, who led the surgical team, said the surgery was success because of the skill and experience of the involved first responders and medical teams, including the rehabilitation team at Rumailah Hospital.