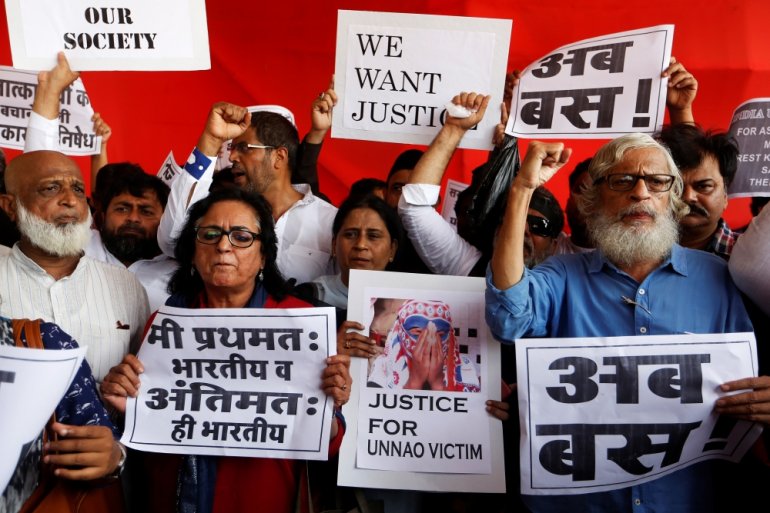 People shout slogans and hold placards during a protest against the rape of an eight-year-old girl, in Kathua, near Jammu and a teenager in Unnao, Uttar Pradesh state, in Mumbai, India April 13, 2018. REUTERS/Francis Mascarenhas

New Delhi, India: India’s women’s minister on Friday called for the death penalty for child rapists as nationwide outrage mounted over the brutal gang rape and murder of an eight-year-old girl.

Demonstrations were held in New Delhi and other cities as horrific details emerged of the murder of the Muslim girl, who was repeatedly raped while being held for five days in the city of Kathua in Jammu, including at a Hindu temple.